Why Did We Do It?

One day as I left class with my friend, we stopped at one of our schools trash bins because he needed to recycle his coffee cup. The bins are divided into three sections with pictures to show what goes in them: the landfill bin, the green bin, and the blue bin. My friend stood in front of the bins, trying to dismantle his cup (sleeve, lid etc.), but got so confused trying to figure out what part went where, he gave up and threw it all in the blue bin.

Here is a person who genuinely wanted to recycle and do the right thing, but due to unclear instructions regarding what goes where, made a decision he wasn't happy with.

Our team set out to build an installation that uses Arduino and machine learning to promote and improve proper coffee cup recycling at Sheridan College, in a way that is fun and entertaining to use.
The project was completed in three stages: 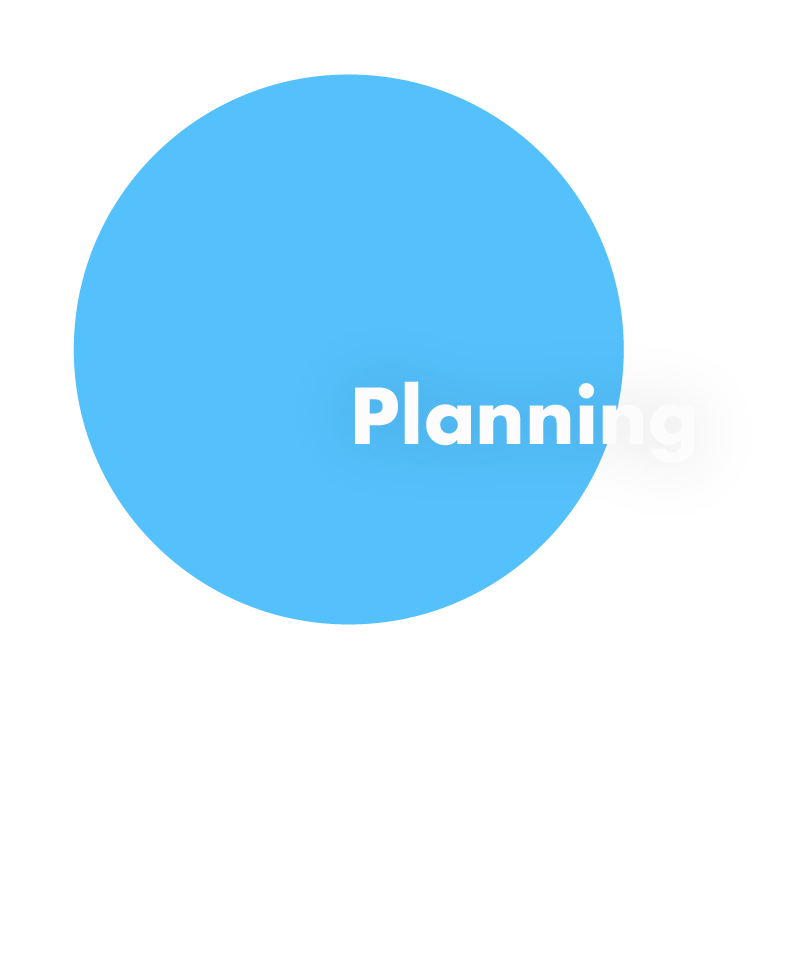 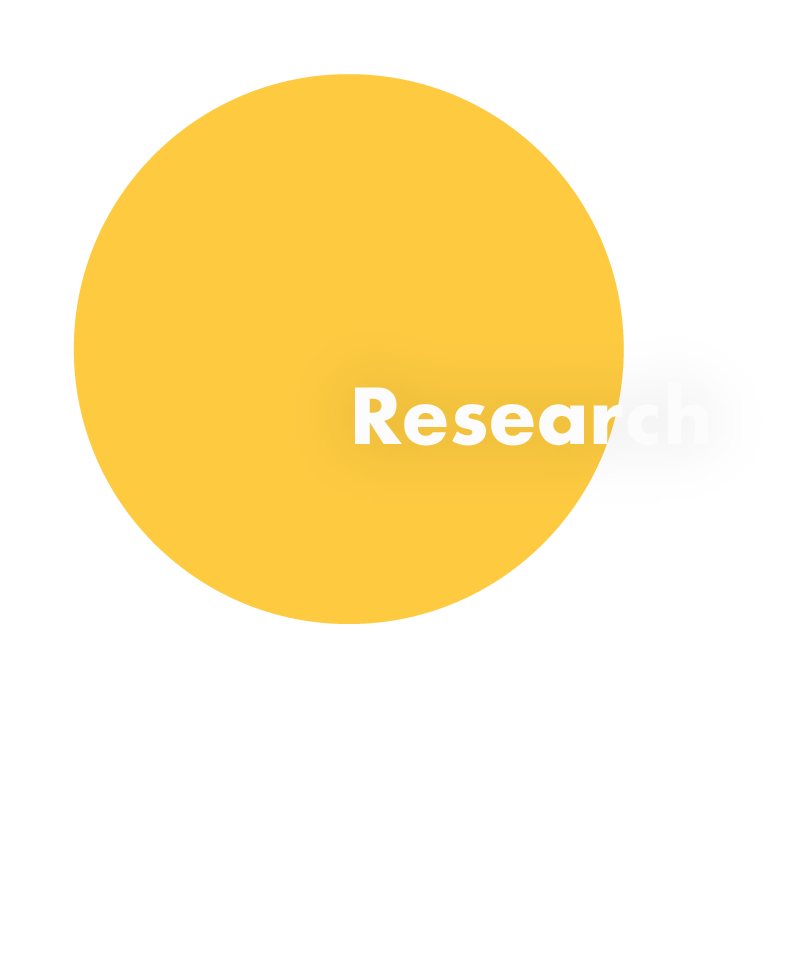 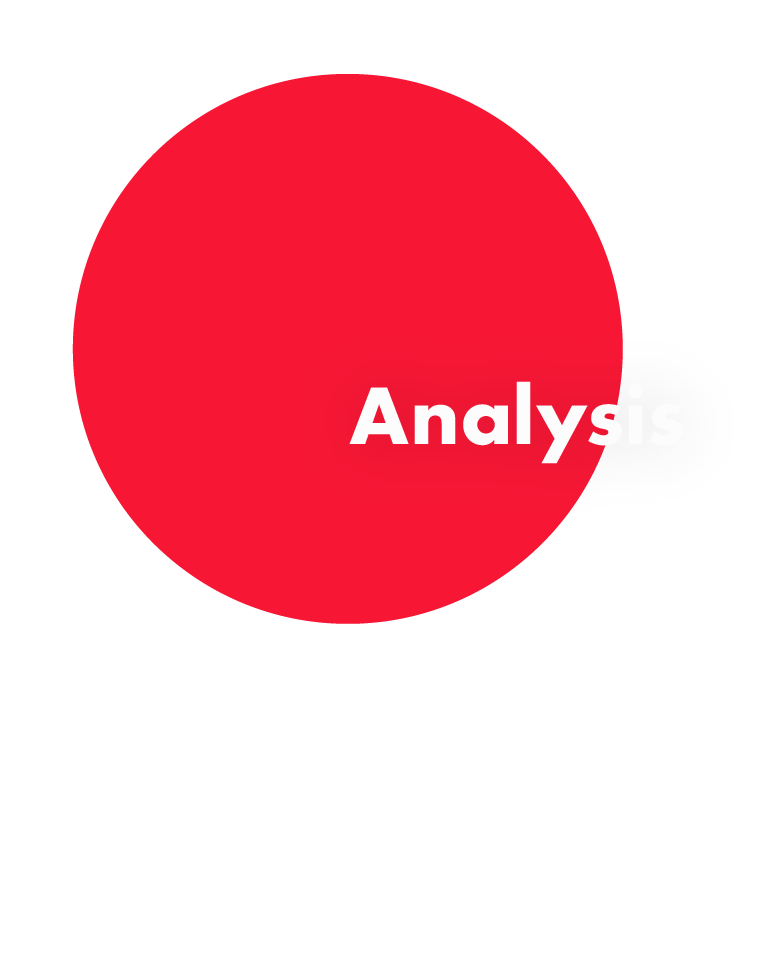 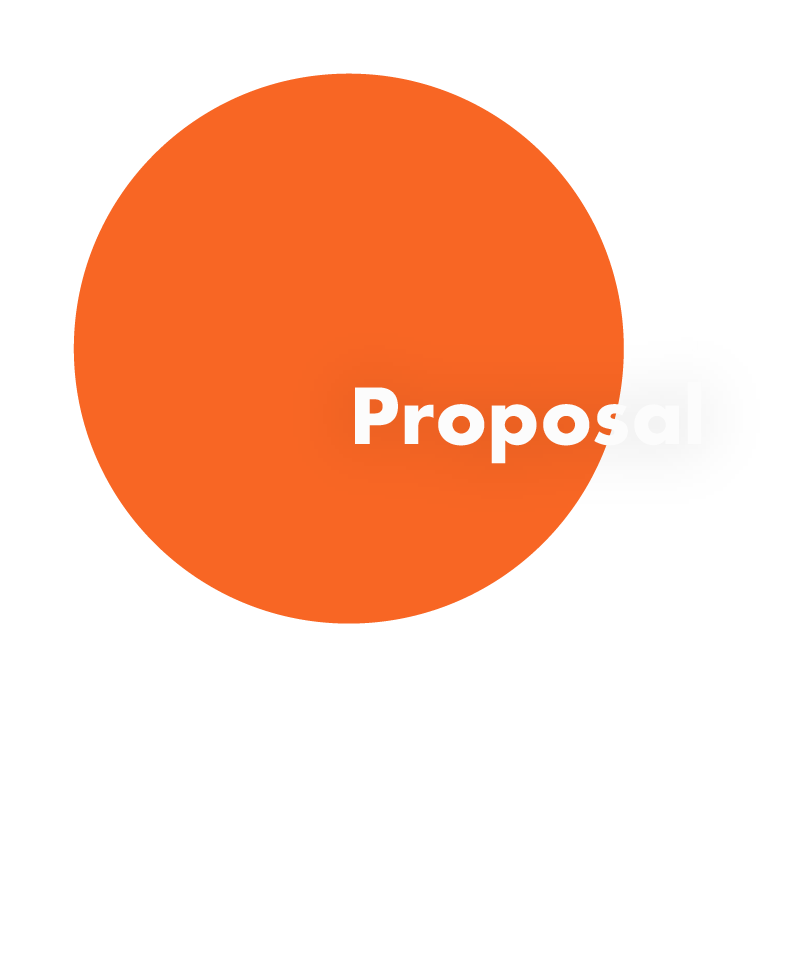 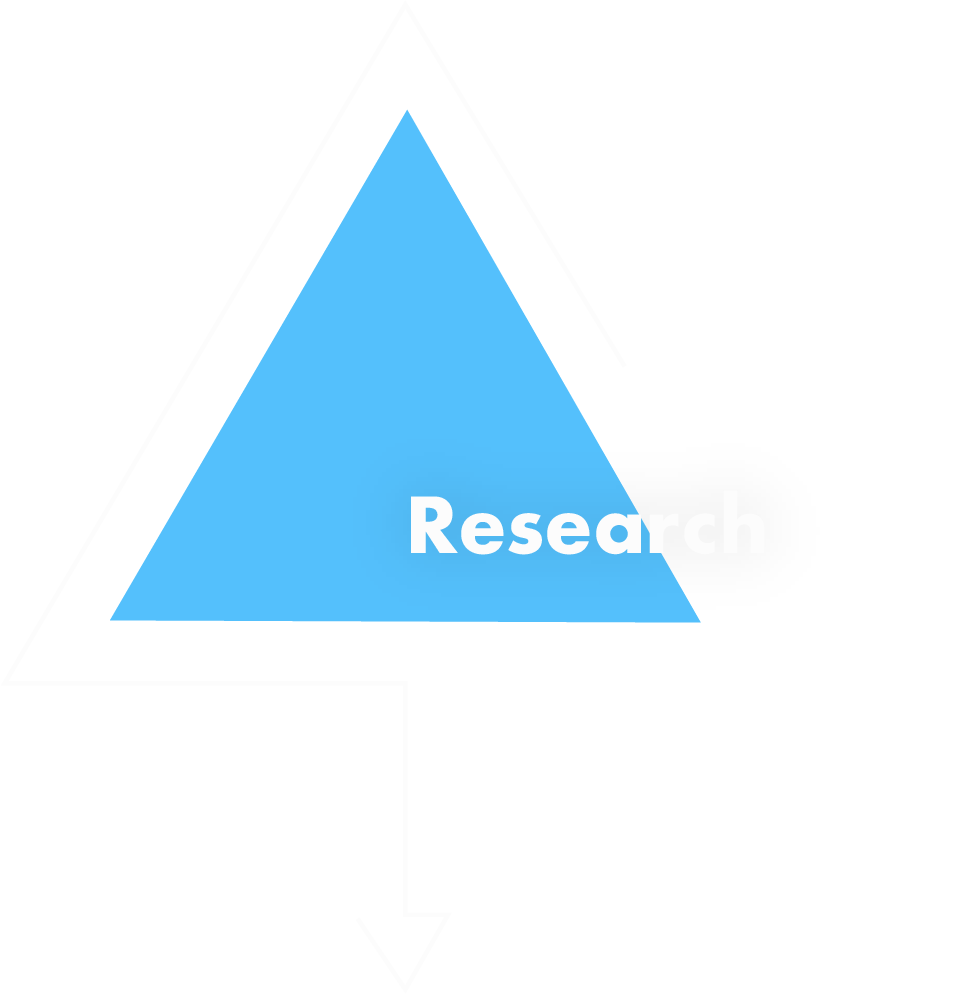 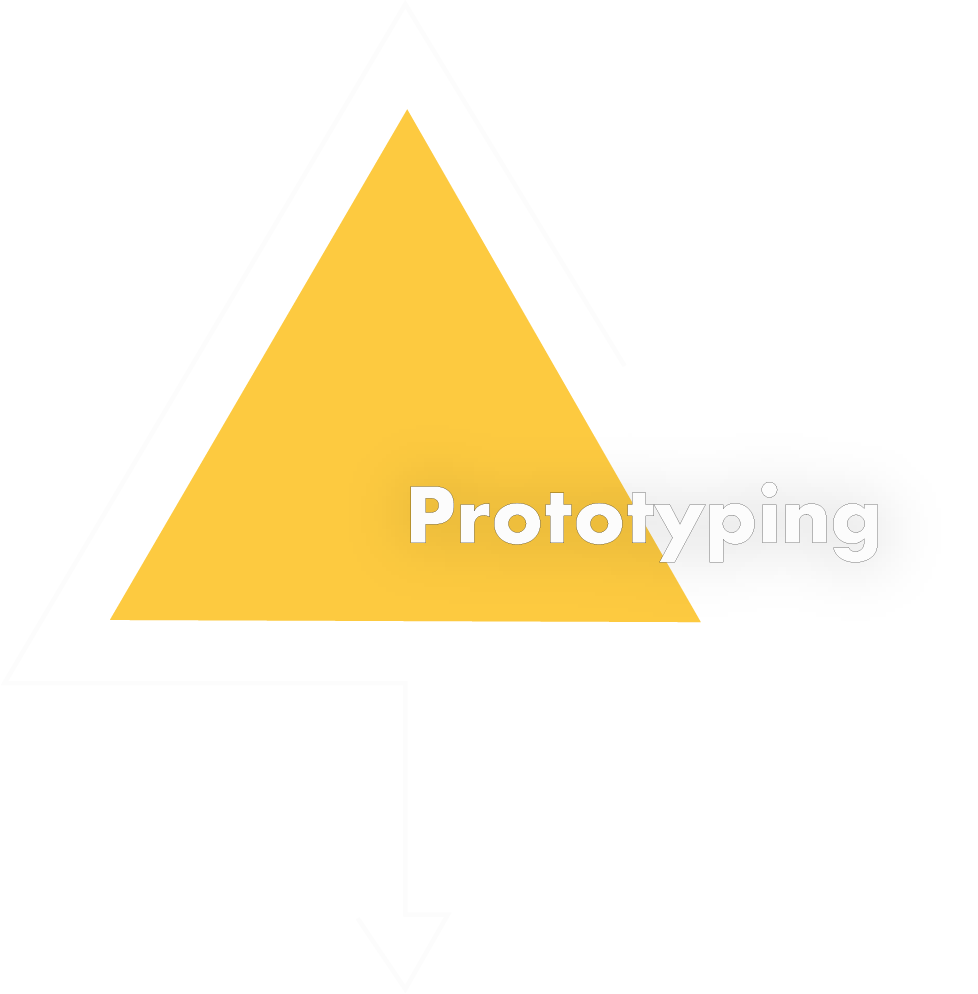 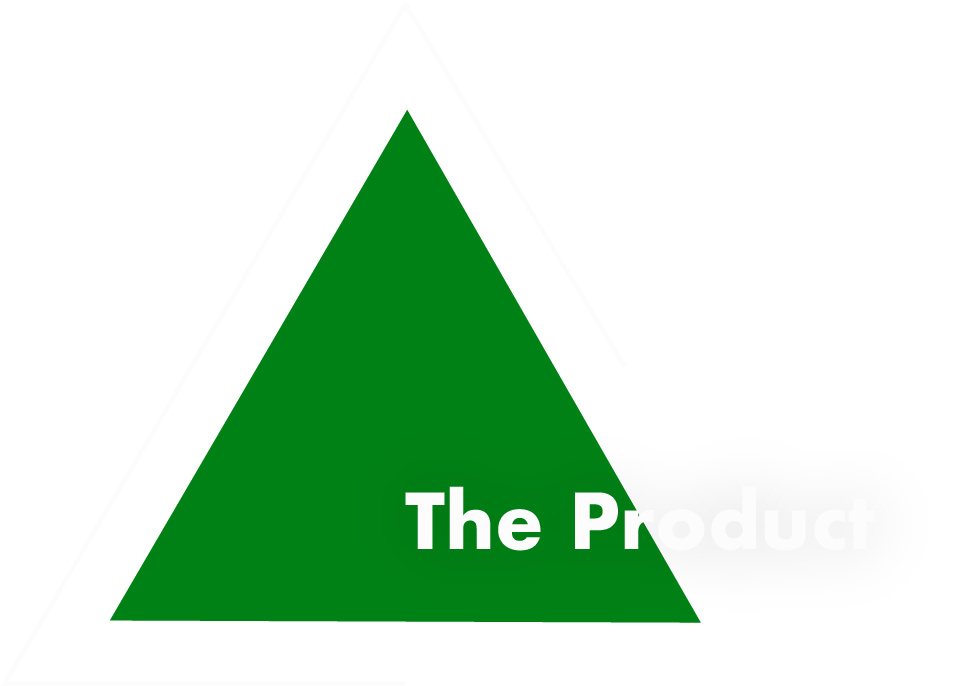 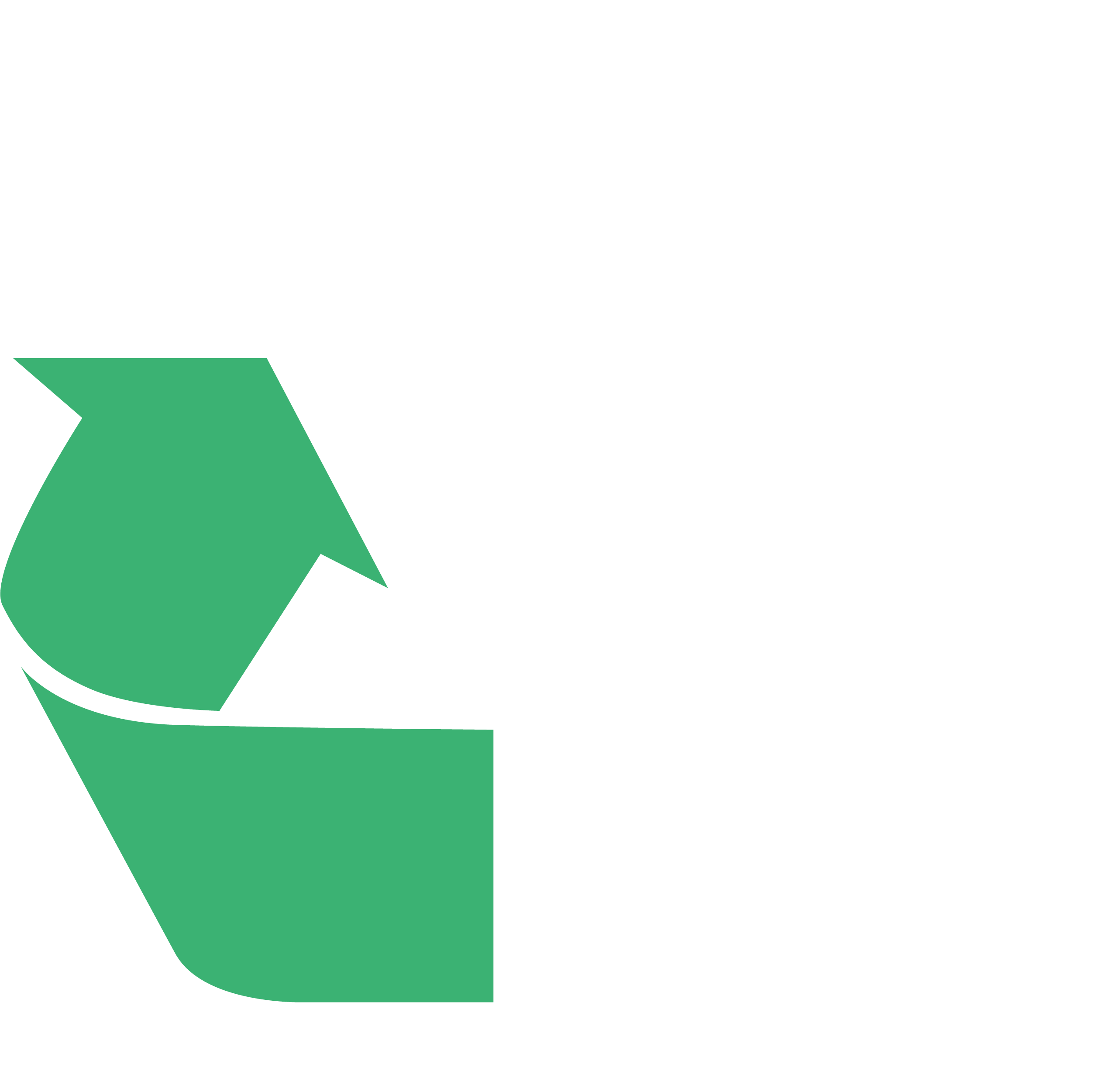 Before our team could start designing this project, we had to better understand the problem we were facing, which meant we had to learn a lot more about coffee cups, and the ways in which they are recycled at Sheridan.
What's the Big Deal?
‍
It was really important to us as a team that we have a solid understanding of the issue we were dealing with, and the current social environment surrounding it on campus. In order to do this, we connected with Sheridan's Mission Zero, and met with them to address our questions. We gained a number of important insights, but two stood out the most.
Our team was surprised to learn about these facts, and we figured, if it was surprising to us, it will be surprising to a lot of Sheridan students. During our research, we came across a quotation from a Huffington Post article titled, The Psychology Behind Why People Don't Recycle. The article states, "Because the reward for recycling (saving the earth) and the repercussions for infrequently recycling (damaging the environment) aren’t necessarily immediate, it can be hard for people to make the association between their daily habits and those habits’ consequences" (Schumaker, 2016).

The insights we gained from our meetings with Mission Zero help make the rewards and benefits of proper recycling much more immediate and accessible to the everyday person. 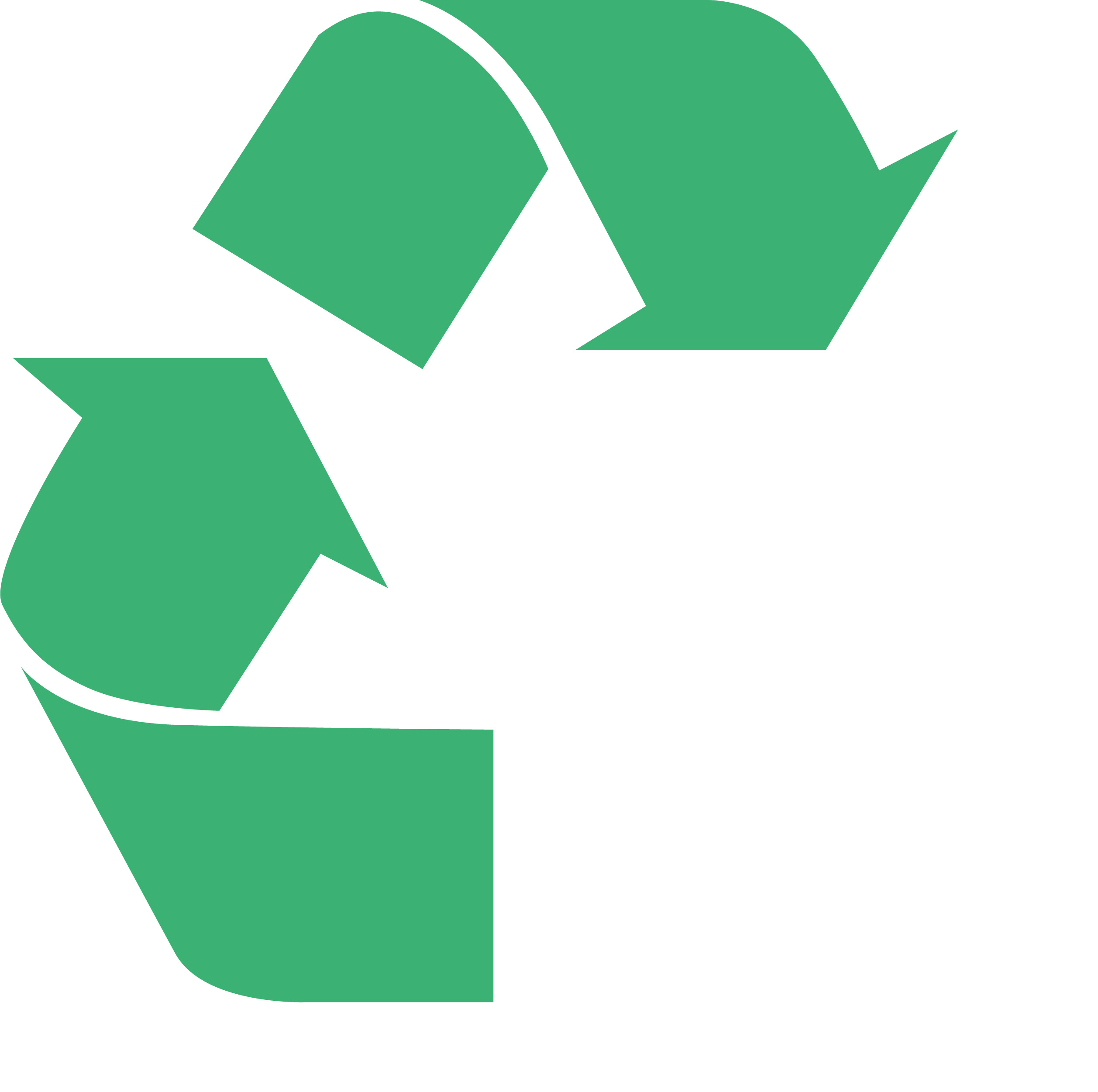 The prototyping phase was a very long and very difficult phase for us, we had just about as many set-backs and we did break throughs. However, none of us can dispute the immense amount of knowledge we gained during this process.
How Did We Do It? 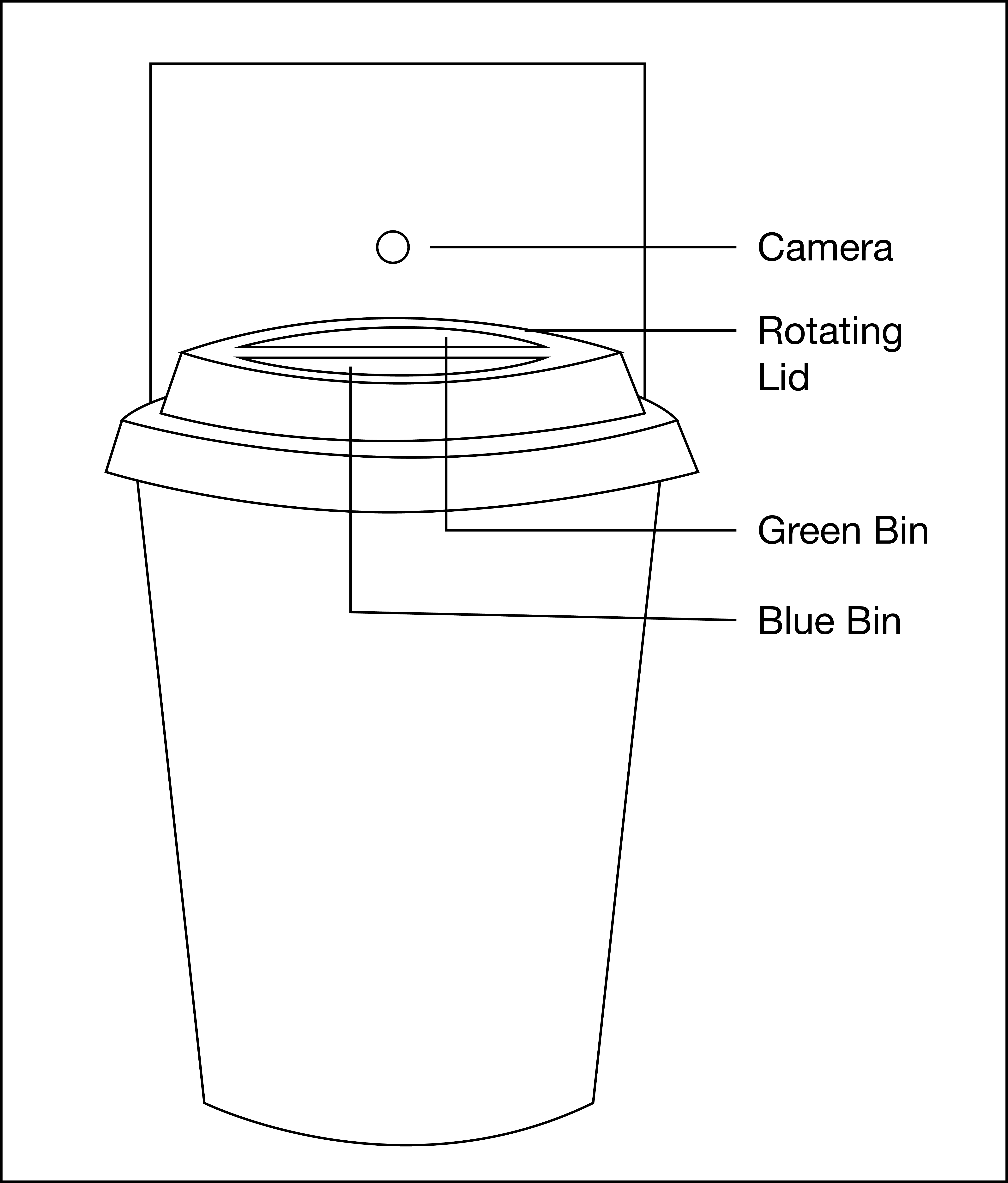 Our initial idea was to have a coffee cup shaped bin with a rotating top, that would identify the item in the users hand, and rotate the lid to expose the proper disposal bin.
‍
During the prototyping phase a number of issues were identified with this design, regarding both UX and mechanics.

Firstly, the goal of the project was to educate users on proper coffee cup disposal, and condition Sheridan students into better recycling behaviours using colour and interactivity. The initial design with the rotating lid caused issues with engagement, because the rotation was too fast and disorienting to initiate curiosity. It also required more complicated code in order to use the equipment we had at our disposal. These insights led us to make changes to the fundamental design of the project. We decided on a simple teeter-totter style design that made the automatic sorting process more engaging and straightforward, as well as significantly more simple to code and build.

To execute the machine learning side of this project that would enable image recognition, we used Google's very new Teachable Machine. This program made all the difference in this project becoming a reality, and saved our team a lot of headaches.

The first objective of our physical creation process was to get the image recognition up and running. We used P5.js, node.js and Arduino to create a prototype that changed the colour of an RGB LED depending on what part of a coffee cup was visible. 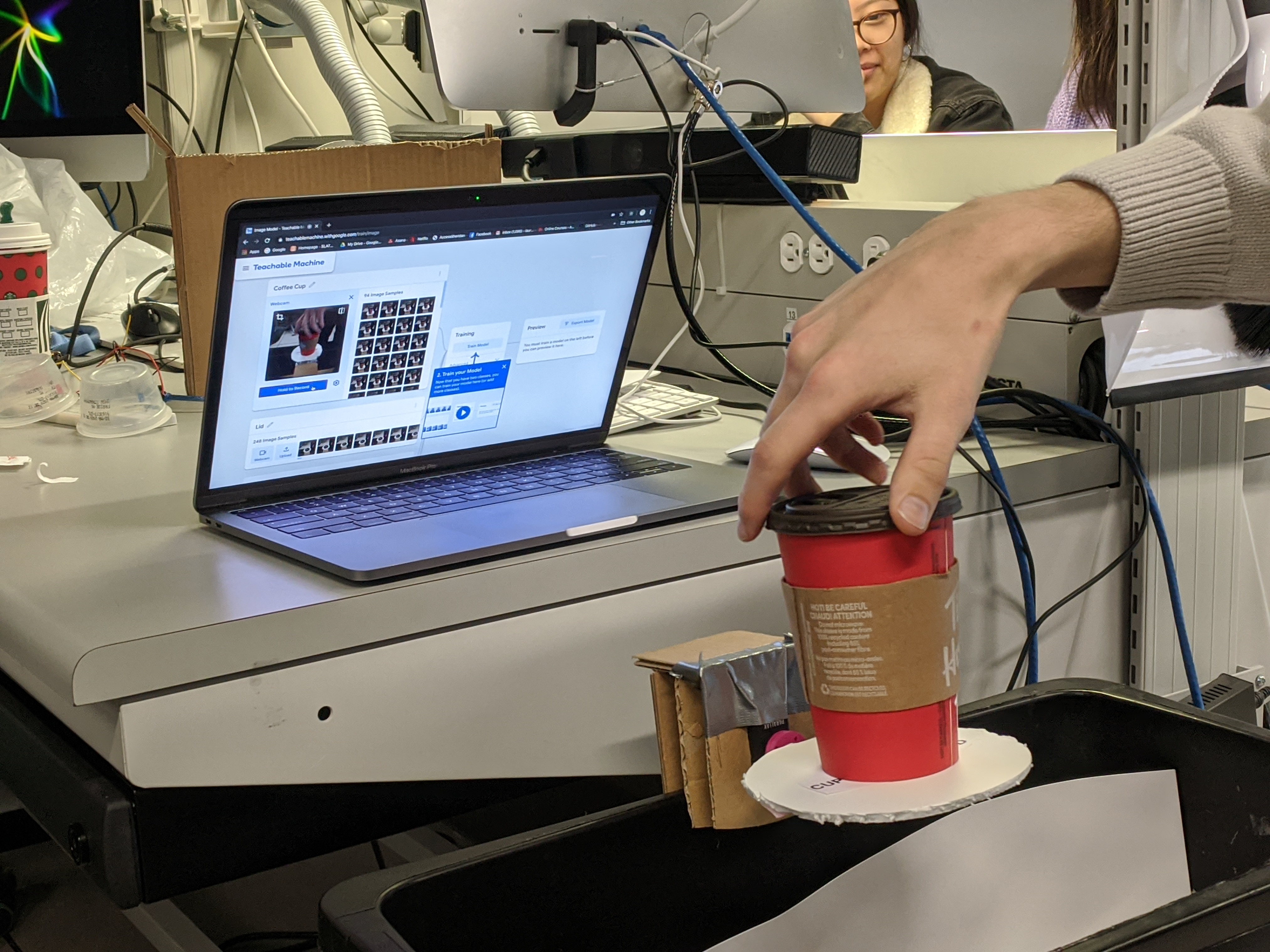 As a team we gained a much better understanding of machine learning through using Teachable Machine, and one thing that became clear to us over the course of developing this project was the importance of the "teachable" aspect. When working in a machine learning environment, it's incredibly important to remember that you truly have to teach the program everything you want it to know. That is something that seems straight forward for us, but what we often don't think about is the minute details we pick up on as humans that a machine can't without being told too. For example, just because a Starbucks cup is still a coffee cup, and we know that a white Starbucks cup is the same thing as a red Tim Horton's cup, that doesn't mean the a computer is going to understand that in the same way. This project required us to use thousands of images for every different part of the cup in order to start getting strong, clear results.

Once the fundamentals of the image recognition were working, it was time to get the project functional mechanically. It took our team some time to figure out how to get P5.js code to talk effectively to Arduino code and impact multiple functional parts. However, once we gained a better understanding of serial.js and serial communication, we were able to uncover the best ways to write our Arduino code in order to yield the best results.

At this stage, changes were also made to how lights would be implemented in our design. The original plan was to make an RGB LED light up one of three colours (green, red, or blue) depending on what part of the coffee cup was visible. For example, if the whole coffee cup was assembled with a cup, lid and sleeve, a red light would turn on indicating it cannot be recycled. If only a lid or sleeve are shown, the light turns blue to indicate the blue bin, and if only the cup is presented, the light turns green to indicate the green bin. After some prototyping and testing, we discovered that it would be far more clear and readable to users if there were three lights (one of each colour) that would light up accordingly. The intention of this change was to better define the differences between the bins, and to make the installation easier for users to interpret and understand.

This next video clip shows a stage where we had part of this process running and functional. At this stage, we had figured out all of the basics of how the Teachable Machine program would talk to Arduino, however we had not yet gotten it to a point where the project was capable of performing all three functionalities. 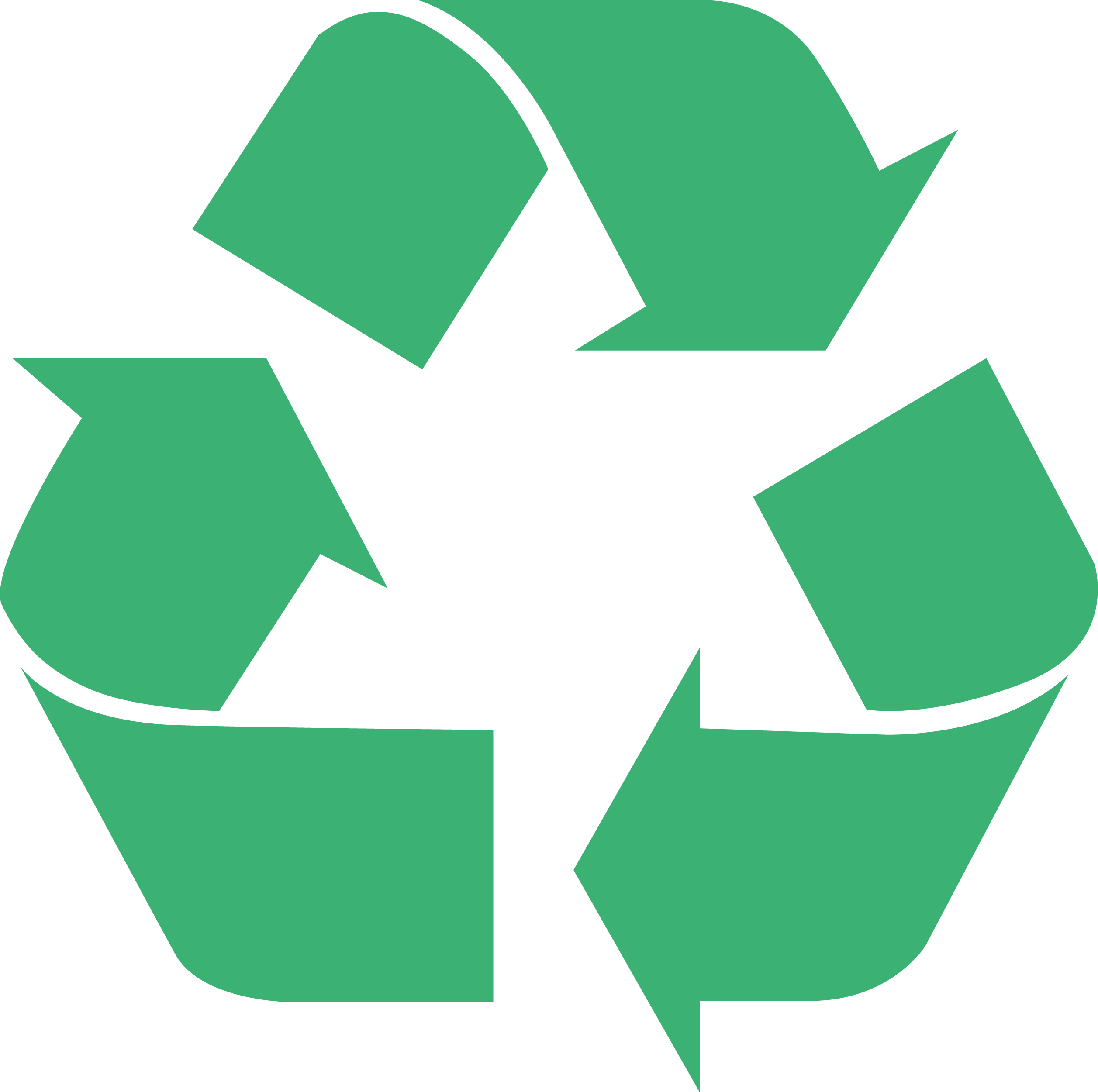 Coming from a visual design background, sometimes it can be hard to be willing to sacrifice the visual design of a project in order to spend more time on the functionality. But for our entire team, it was really important to focus all of our energy into creating a real, functional product, to prove that we can make better, more engaging ways to recycle.

We successfully created a smart, automated recycling bin that uses image recognition to teach users how different parts of a coffee cup are meant to be recycled.

One of the most important features of the concept and design of this project, and its ability to teach users to recycle better, lies in its similarity to childhood sorting games. As children, we're taught to place things in piles of like objects (green vs. blue bin), sort by colour (the colour of each bin being present on the 3D modelled prototype), and to understand that everything has a place, and things function best when they are in those places. This installation is designed to play on those fundamental skills, and draw on that child-like sense of learning to change the way we, as grownups, recycle.
Our team faced a lot of obstacles during this project, and at times it felt like it was never going to work. But in the end, this was one of all of our favourite projects, because of the way we had to push ourselves to adapt and learn. In this project we were handling two new languages and a new interlanguage communication format, and despite how new we were to the content used in this project, we really pulled together something we're very proud of.

In the end, the project functioned exactly the way we wanted it to. It was a long road to get to this final product, but as a team, we couldn't be happier with the results.

What Did We Learn?